We further provide a set of 40 universal, single-copy genes for each of the genomes (Cicarelli et al., Science. 2006; Sorek et al., Science, 2007) to support phylogenetic studies of the genomes. Additionally, 5306 representative genomes covering all species clusters are available for direct download and these can be used for the annotation of metagenomics datasets, large scale phylogenetics and other comparative approaches. Within representative genomes, we also provide habitat specific sets.

Start exploring proGenomes by searching for a taxonomic group or species cluster or an individual genome. 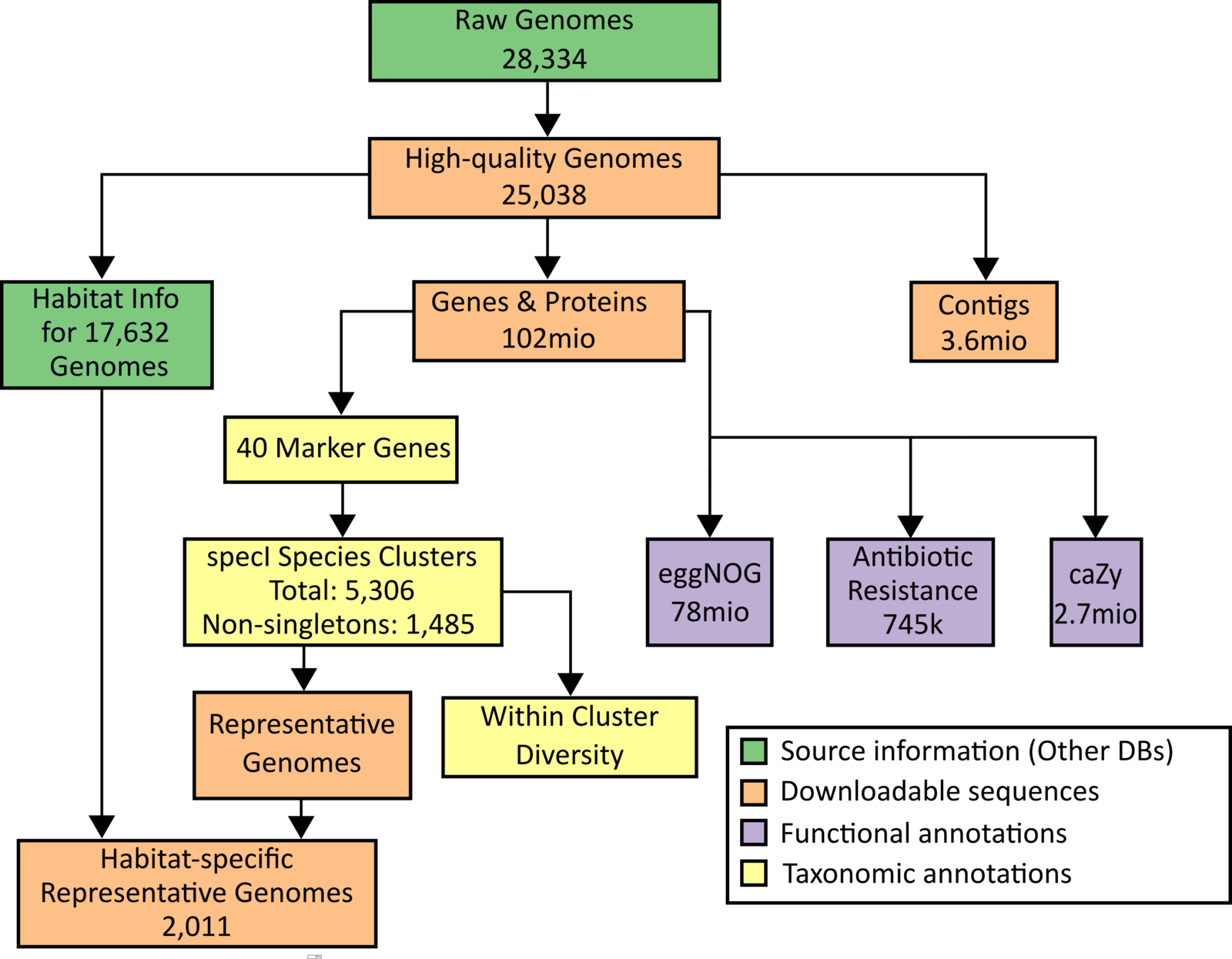 Workflow to generate the underlying data of the database

proGenomes is free for academic and non-commercial use. For commercial use or customized versions, please contact biobyte solutions GmbH.

We hope you find the database user-friendly and easy to use. However, if you encounter any problems or have questions, please